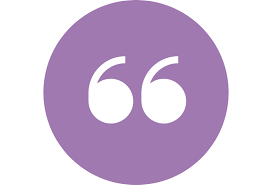 [T]he cooperative survival skill, genetically selected for and starting out socio-natural co-evolution, is a first order approximation to human nature. It manifests itself in developing means of cooperation. Its second order approximation is the rising level of association, resulting from human self-organisation.

The sixth mass extinction of living species has begun. Human impact is causing it. Humanity alone can solve the Anthropocene crisis progressively, escaping the earth system tilting over into an evolutionary relapse. Avoiding this requires an historic leap, in the development feature which made us so dominant. Only association, purposefully conscious, globally united, locally dense, and constitutionally self-organised in equality, could be powerful enough to achieve this.

The leap itself would be humanity re-integrating into nature’s circular metabolism, thereby advancing its own nature in accordance with its third metabolic phase. Our species has been progressively changing its nature by self-organisation, throughout socio-natural co-evolution. The challenge of the crisis itself will act as a common scientific discipline. 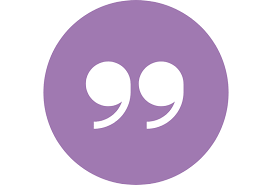 … and intelligence as an organic quality

… and problems of scientific integration

… and the anthropic principle

… and the meaning of life

As revealed by the Anthropocene crisis, an acute need has appeared of conceptualising the metabolic modes of socio-natural co-evolution, that human speciation had produced. After completing two metabolic phases, interaction between Homo sapiens and the earth system has entered a critical state – a third phase transition. We need a phase concept for understanding what this phase transition is. What are the limits of the phase we are leaving? What is the phase we are entering? What has the present phase transition resulted in so far? What are the conditions, dimensions, and prospects for successfully completing it, for humanity transcending into a sustainable future? All the great questions of our time require a scientific concept for periodizing socio-natural co-evolution.

… and its three phases

… and the first phase transition

… and the first metabolic phase

… and the second phase transition

… and the second metabolic phase

… and the third phase transition

… and the third metabolic phase

… and what is at stake

Zonally separating remaining or restorable wildlife of the Evoluzone, as well as biodiversity in existing and restorable cultural landscapes of the Holozone, becomes dependent on constitutionally establishing the natural rights of these two evolutionary zones in relation to cities and their sprawl of infrastructure. Obviously, this has become the scientific meaning of natural right. Natural right is the right of Cenozoic life, to continue its natural history of biodiversification.

… and the meaning of resilience

… and the myth of ‘circular economy’

… and the meaning of ecosystem services

… and three zones of Anthropy

… and mammalian life of the Cenozoic era

… and converging natural and human right